How To Play F-Major

How To Play Piano

Let’s look at the key of F major. F major features a flat note in its key signature. Flattening a note works in much the same way as sharpening a note, except this time you’ll be lowering a note by a semitone. The special flat note in F major is B-flat. That means playing the black key between notes A and B.

The reason why we need to add sharps and flats to certain keys is because there is a formula that all major scales follow. Without this formula all of your scales will sound slightly off in one way or another. Let’s take a look at how this formula works to give us that major scale sound. We can break any scale down into a series of full-tones and semitones. You’ve already learned about semitones via sharps and flats. A full-tone step is two piano keys apart. For example, the jump from E to F is a semitone jump, as there's not black key in between.. 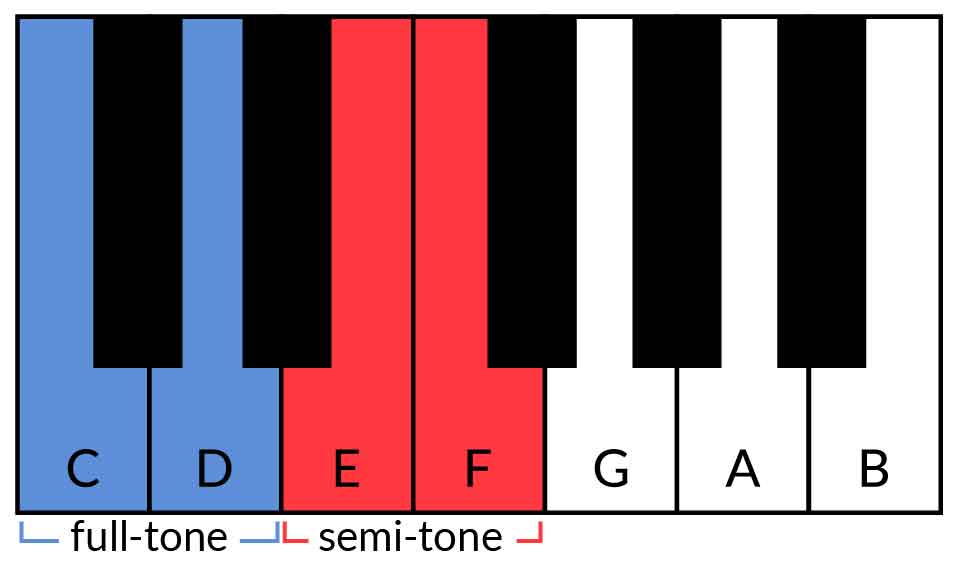 A major scale is mostly made up of fulltones with two big exceptions. There are semitone jumps between notes 3-4 and notes 7-8 of every major scale. If you look closely at the pattern of the keyboard from starting on F, you can see why we need to flatten the fourth note, B in order for the scale to work within that formula. As long as you remember those two semitone ‘jump-points’ you can play that major scale pattern in any key!

4 free beginner lessons so you can start playing piano!

By signing up, you'll also get free piano lessons and special offers.

Go from absolute beginner to playing your first song in four easy lessons!